“Price was more than reasonable and they’ve made customers for life with us.”

“Thanks for giving such kind service. We really appreciated how the tech was able to come out the same day we called and took his time explaining the situation to us. Price was more than reasonable and they’ve made customers for life with us. Nick is a great technician and we will definitely be using your service again for all our HVAC needs.”

“There are people like Drew still out there offering honest services makes me feel better about the world.”

“If you’re looking for an honest repairman/plumber, look no further. This morning on Thanksgiving, we suffered a broken valve in the bathroom that forced us to turn off all running water in the house. As hosts, this wasn’t going to work, but all we had to do was replace the broken valve. The only problem was that all hardware stores were closed. We even tried Walmart with no luck. We called a few plumbers that quoted between $250-$500 to come out at some point in the day to replace the part. Luckily we came across Drew’s number next. He said he wouldn’t be able to come out as he was with his family but we could come to get the part from him. I’m sure this is not something he wants to offer to strangers, but as he said, Hey, it’s Thanksgiving. When we arrived he had the part and a tool ready for us to take, and even tried to let us take them without paying him a dime. We paid him barely the equivalent of what the parts would retail for, exchanged pleasantries and were on our way. There are people like Drew still out there offering honest services makes me feel better about the world. Do us all a favor and support this business.”

“We keep his number on speed dial for any future home ownership issues.”

“We had Drew come over when our garbage disposal broke, and we loved him and his service so much, we had to him come over to fix our air conditioning and do some plumbing work as well. He is super flexible with making appointments and is always very easy to reach. We keep his number on speed dial for any future home ownership issues. Bonus – he’s very local to my Wagon Wheel residence so that is always great. 5 Stars! (Found him through Yelp – good ol’ Yelp came through again!) :)”

“I would call these guys in a second.”

“Here’s the deal. Our mail level AC wasn’t providing cool air. I called these guys based on their Yelp review scores. I scheduled, their guy Mitch called me the morning of to tell me he was on his way, he showed up, was professional, pleasant, and polite. Mitch diagnosed the issue in under 5 minutes, showed me exactly what it was, had it fixed within 10, we shook hands, and he was on his way. In short, Mitch was great, the work was quick, the price was reasonable. I would call these guys in a second.”

“Price was fair and reasonable and the system is working well now.”

“Just Right did a great job today. I noticed our furnace and a/c out, so found them on Yelp with great reviews and called them up. Over the phone, they asked a few questions to make sure it wasn’t something easy I could fix on my end (that was appreciated). Turned out they needed to come out and they made an appointment to come out later in the day. Drew did a great job quickly diagnosing the issue and fixing. Price was fair and reasonable and the system is working well now. Great job!”

“I will without a doubt be using them for all future heating and air conditioning services needed.”

“Gave Just Right Services a call 4 days into the worst heat wave of the year and they got back to me right away. Impressive considering the demand. Drew was incredibly professional and indicated that they might not be able to get to me for a day or so due the the heat wave and demand. Completely reasonable as everyone was booked solid for days. Later in the day I got lucky and another HVAC company had a cancellation were able to head over in a few hours. it was 105 degrees so I took them up on the time slot. Drew followed up later indicating he would be able to come by sooner than anticipated. I was a bit embarrassed as he was doing me a big favor getting me in earlier than anticipated and I didn’t contact him to cancel… a jerk move on my part! Even though Drew had obviously juggled his schedule to get over to me ASAP in the middle of a crazy heat wave, he was completely professional and wasn’t phased when I informed him had to cancel. This shows his true colors and is an obvious indicator of the type of service he would provide. Most other companies would have given me an ear full .. which I would have deserved. The point here is that this is an obvious indicator of the type of business Drew runs.. all class. To summarize: Drew: Super professional\friendly. Bent over backward to get to me ASAP. Me: Jerk who did not cancel before Just Right Services went out of their way to help me. Just Right Services will be on the top of my list in the future. I’m looking to replace my HVAC system n next year.. they will be my first call!”

“Just Right Services will be on the top of my list in the future.”

“I rarely write reviews but the service I experienced with just right services went so far beyond my expectations I felt compelled to do so. The heater in my home stoped working and the temperature inside dropped so low it was almost intolerable. I called just right services after reading so many glowing reviews on yelp and left a message. Soon after, I received a call from Mitch. I explained my situation and scheduled an appointment for him to come out. The day of the appointment Mitch arrived and was not only very courteous and knowledgable, but he was also able to diagnose the issue with my heater in less than 10 minutes and was very thorough when explaining the issue. A part had to be ordered and would take a few days to arrive but Mitch said he would try his best to obtain it sooner and he did. We scheduled a second appointment to have him come to swap out the part. He was punctual and even brought his assistant Raj who was equally as courteous and knowledgable. He also honored an online-only special they had which helped save some money and I really appreciated that. I will without a doubt be using them for all future heating and air conditioning services needed. I can go on and on but bottom line, if you’re in need of a trustworthy, reliable company that offers nothing less than exceptional quality work at very reasonable prices for any of the aforementioned services, give Just Right Services a call. Thank you, Mitch and Raj!”

“He was very informative and helpful and gave me options for replacing my system in the future.”

“Mitch from Just Right Services came out to service my air conditioner unit. The first thing he noticed was my filter was dirty and replaced it with a new high-tech filter which I won’t have to replace but simply hose down once a year. He and his assistant totally checked all aspects of my system and everything turned out to be OK. The biggest problem is my home as it is a mobile home with single pane windows and I’m losing a lot of heat through those areas. I was impressed with the professionalism that Mitch displayed. He clearly knew what he was talking about. He was very informative and helpful and gave me options for replacing my system in the future. I appreciate his honesty about my current system and I will absolutely use them again when I’m ready to replace my unit!”

“I highly recommend Drew for your plumbing and I highly doubt you’ll be disappointed!”

“I give them 10 stars! SO HAPPY – even though plumbing problems can be a royal pain! I had pinhole leaks. So I went plumber hunting. Here’s what I’d like from a plumber: Fast response, fair price, punctual, honest, great work that leaves me worry-free and, being a girl, comfortable to have this first-time stranger in my home. Here’s what I got: Fast response time, excellent price, punctual and kept me posted, very honest, excellent worry-free work, AS WELL AS, friendly, fast and focused work, and such a good soul! I can’t say enough about Drew – great person and great work. He’s friendly, courteous, yet he stayed very focused on the job and got it done quickly. This was my first time using Just Right and I’m so grateful we have our go-to plumber. My husband came home while Drew was still working on our plumbing, so he got to meet Drew as well. Even my husband says everything was great about Drew – such a professional and personable man. And they do HVAC as well?! Drew told me that’s ‘Mitch’ who does that – I read great reviews about Mitch too. AWESOME! Got our go-to guys for that as well now. I highly recommend Drew for your plumbing and I highly doubt you’ll be disappointed! Just fantastic. No other way to put it!”

“Drew was able to come out that same day, arrived on time and found the problem within minutes!”

“UH-mazing is all I can say!!! With record-breaking heat and a tenant calling to say the air wasn’t working and it was unbearable, I had little hope of getting any service done even within a few days. With a call mid-morning, Drew was able to come out that same day, arrived on time and found the problem within minutes! He walked me through the repair and costs and completed the work within an hour. He was honest and very reasonable with pricing. He personally handled every aspect of the repair from start to finish, even the initial phone call which he answered which is so rare these days in the service industry. WOULD HIGHLY RECOMMEND THEIR WORK!!”

We Have A Simple Goal:
To Be The Best
Here's How We Achieve That

You Are Protected- Our Work is Backed by Guarantees & Warranties

Emergency Services Available with Well- Stocked Trucks for Your Needs

We Are Highly Rated & Regarded Throughout Orange County & Irvine

Clean, Background-checked, Intelligent & Friendly Techs Who Do the Job Right

Licensed & Insured with 40 Years of Experience & 2 Decades in Business

Offering Specials to Save You Money & Free Estimates Available

Very responsive – called to request service on a Monday morning and repairman arrived after lunch the next day. Service was excellent. Technician was professional and knowledgeable. Every step of the repair process was explained. AC unit is now working efficiently. Recommendations were made but did not push us to purchase other services or parts. Would 100% recommend!

Just Right was able to come within a few hours- helpful when the A/C is broken and its 90 degrees. The team were really nice, courteous guys who explained everything to me and provided an estimate to sign before proceeding with the work. Our A/C was up and running within an hour at a reasonable price. Thank you!

Great HVAC Repair company! They answered when I called this morning and in the middle of Summer had a repair person out this afternoon. Our repair guy Robert May was incredibly nice, professional, and did a great job of explaining what was wrong as he fixed it. Now our AC is working perfectly! 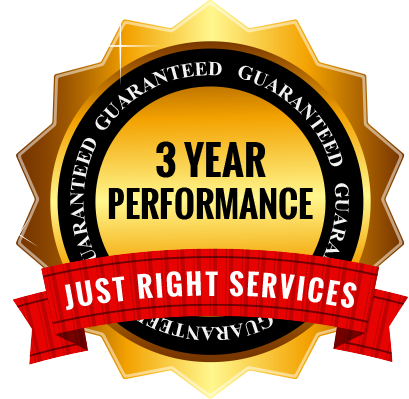 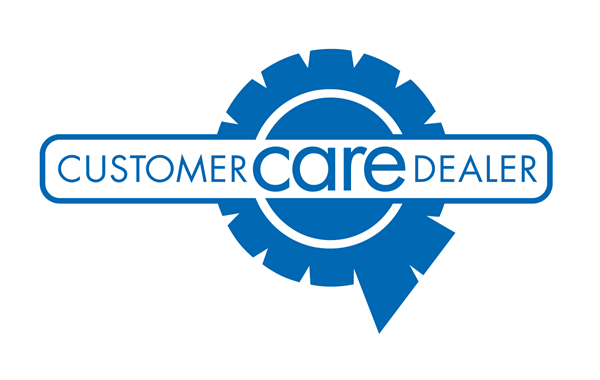